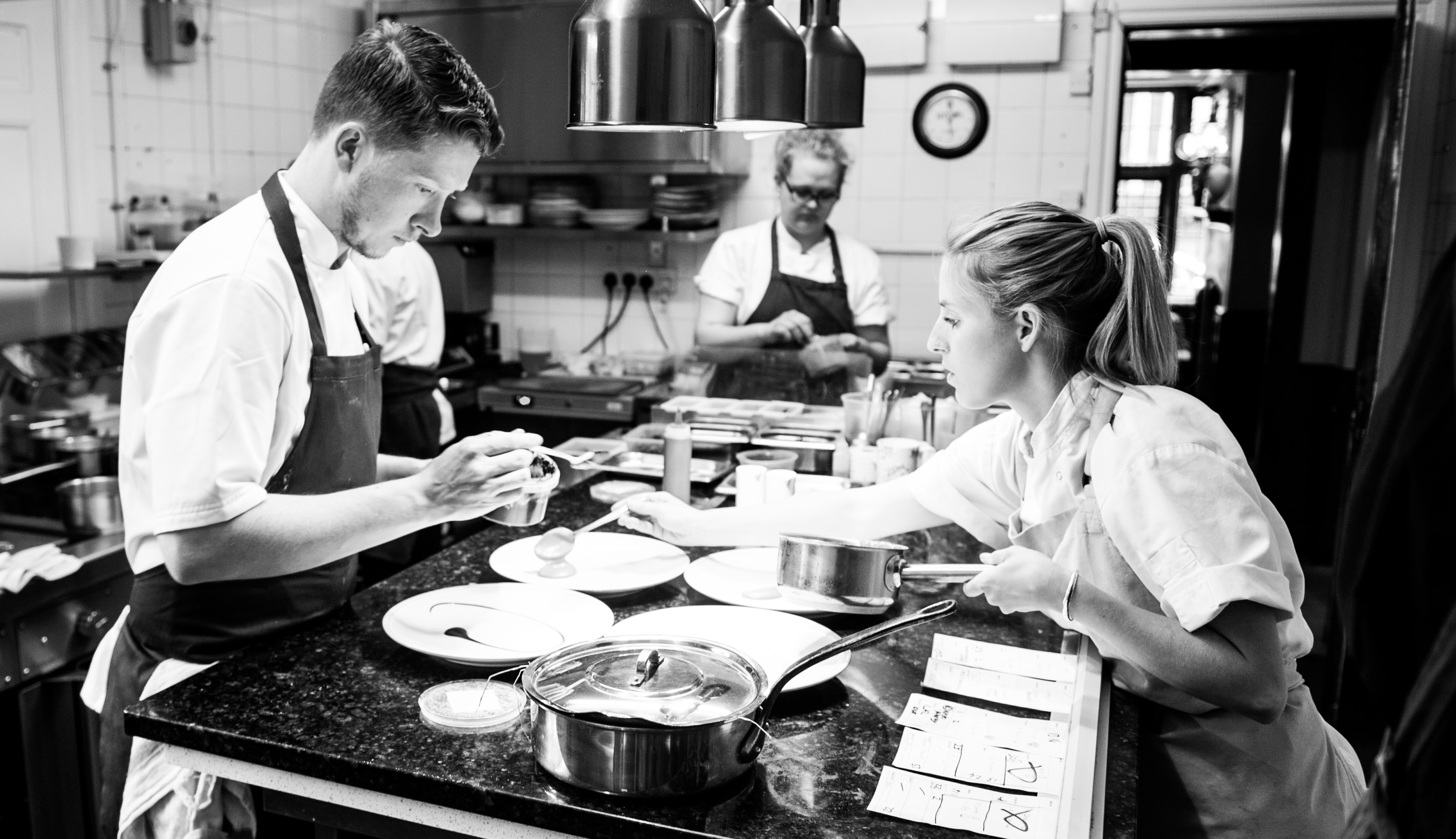 The Bridge Arms is nestled within the beautiful rural village of Bridge situated within the Nailbourne Valley 2.5km South of the cathedral city of Canterbury. Originally a coaching inn the Bridge Arms dates back to the 16th century, once a baiting house the grade II listed pub boasts large original fireplaces for the winter months and sparse outside garden with outside bar for the warmer summer months.

This iconic pub has undergone a transformation under the new ownership of Daniel and Natasha Smith in 2021, restoring the pub to its former glory.

Daniel was named the Observer’s Young Chef of the Year 2016 and has worked in some of the country’s top restaurants including Jason Atherton’s group – before settling at The Clove Club for 5 years where he was an integral part of the team that earned a Michelin star.

After taking on the Fordwich Arms, the pair having fallen in love with Bridge decided to move there to raise their son Lorcan; in a village and community we can all be proud of. The menu concept created by Daniel & Natasha uses seasonal produce to support our local suppliers and to accommodate guests looking for a family friendly pub while highlighting the best British produce. All new aspects stem from the teams abundance of knowledge and previous experience, offering a new and refreshing perspective. The seasonal menu will be produce driven focused on cooking over local charcoal in a Josper oven. The grade II listed building is situated only 10 miles from the coast, showcasing the surrounding natural produce providing us with an abundance of fresh & local seafood; as well as being in the centre of the beautiful countryside with plentiful supply of meats and poultry. An especially important time to support local businesses, at a time when we all need each other most.